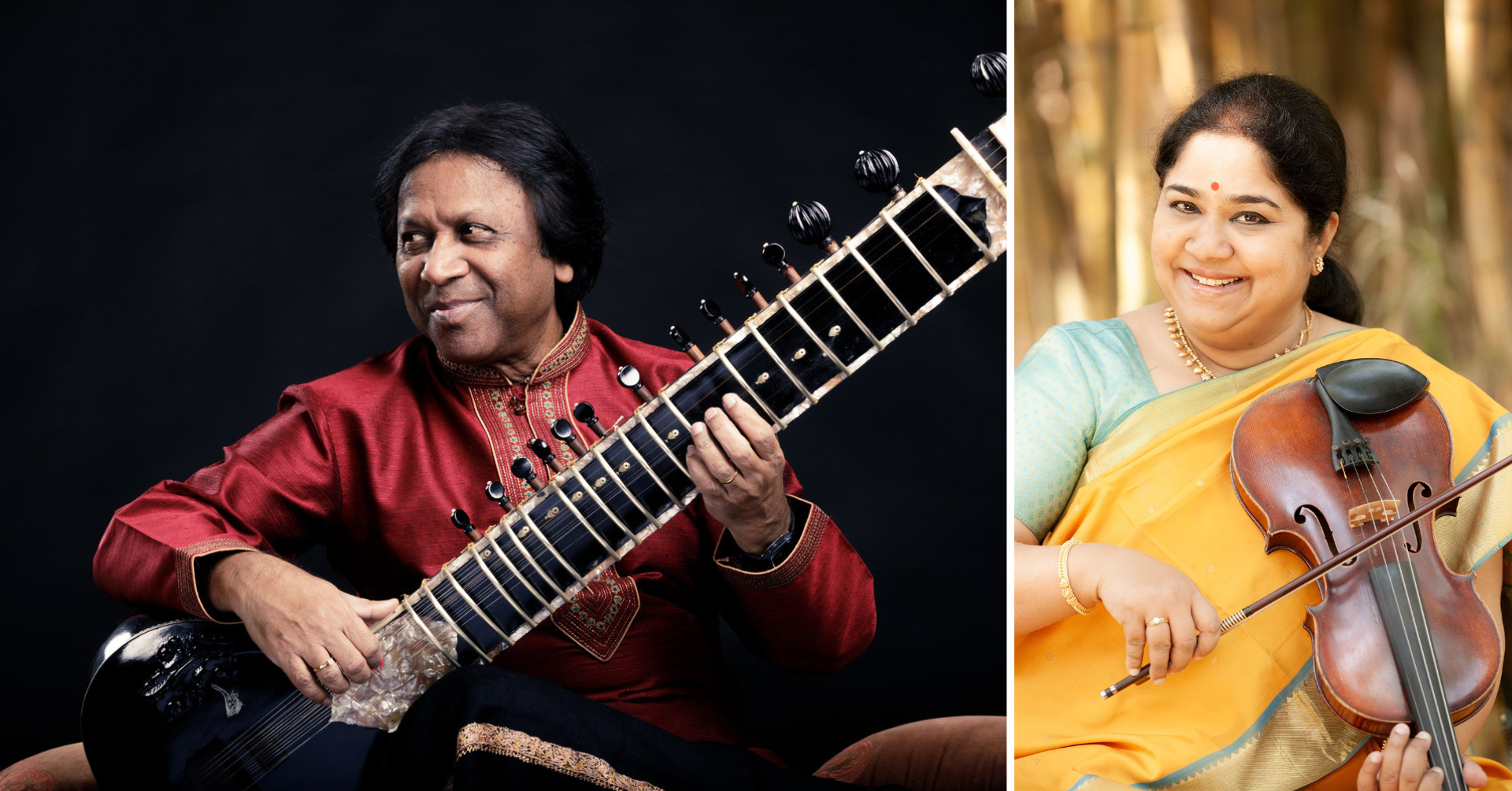 The season finale for our FREE Scissortail Park Concerts series presented by American Fidelity is going to be a special one!

Join us and India Association of Oklahoma to experience the most famous of all Indian instruments, the sitar in a duet with violin for an unforgettable evening of live music at Scissortail Park.

Ustad Shahid Parvez Khan, sitar virtuoso and one of India’s best-kept secrets, performs with Viji Lalgudi in the heart of downtown OKC.

Shahid Parvez Khan is widely recognized as one of the greatest sitar players in the world. His unique tone and astute artistic sense have become his hallmark as a respected performer and composer. The power of his music emanates from the highly charged sound he conjures on stage.

Soulful is a befitting word to describe the music of Lalgudi Vijayalakshmi, a fifth-generation musician of the illustrious Lalgudi bani, and an artiste who wears many hats. A violinist par excellence and a vocalist of repute, her performing career is as versatile and varied as her talent.

Additional support for the Scintillating Sounds of India concert provided by the Oklahoma Arts Council and National Endowment for the Arts.

The event is finished.