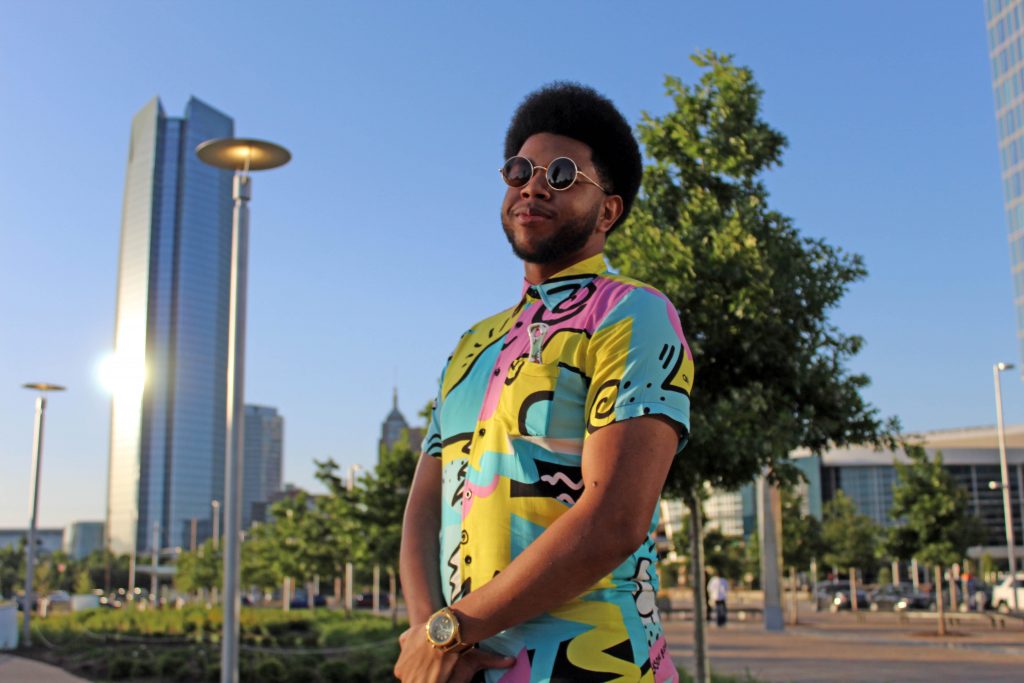 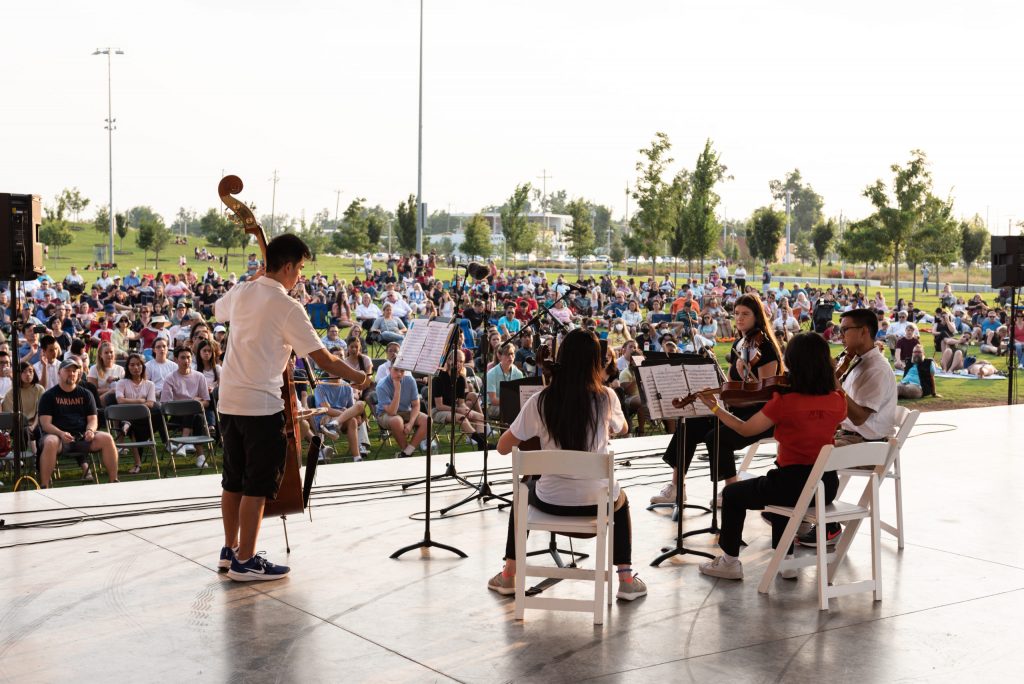 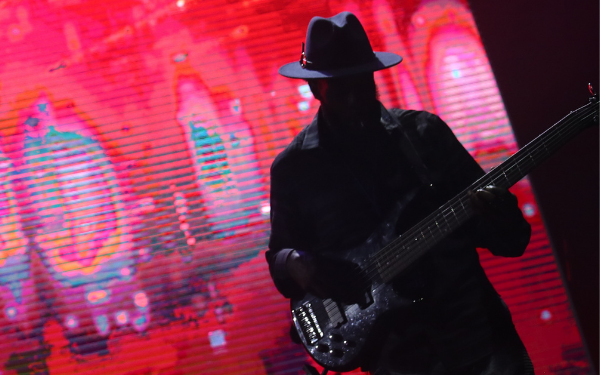 Summer of Soul NightSaturday, July 16 NOW STARTING AT 8pmLove’s Travel Stops Stage and Great Lawn EVENT UPDATE To provide a little more relief from the sun and get us a little closer to nightfall, we will start the Summer of Soul Night music at 8pm tomorrow. All performances are the same, we’re just starting […] 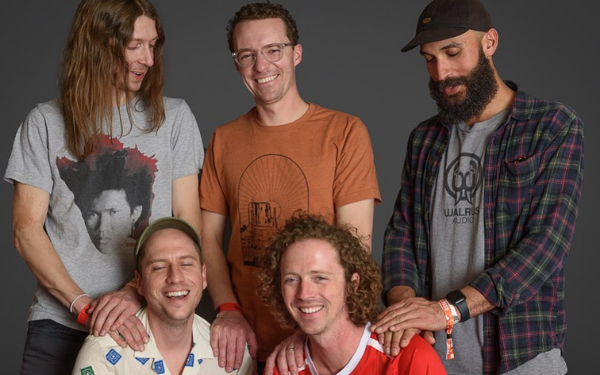 Husbandswith Computer Girl and Chelsea DaysFriday, August 19 | 8pmLove’s Travel Stops Stage and Great Lawn Husbands is a landlocked beach pop band that sidequests Krautrock, garage rock, and tropicalia. The Oklahoma City band also dabbles in no wave and nineties-inspired pop, recommended if you like anything from Fleetwood Mac to MGMT, Beach House to […] 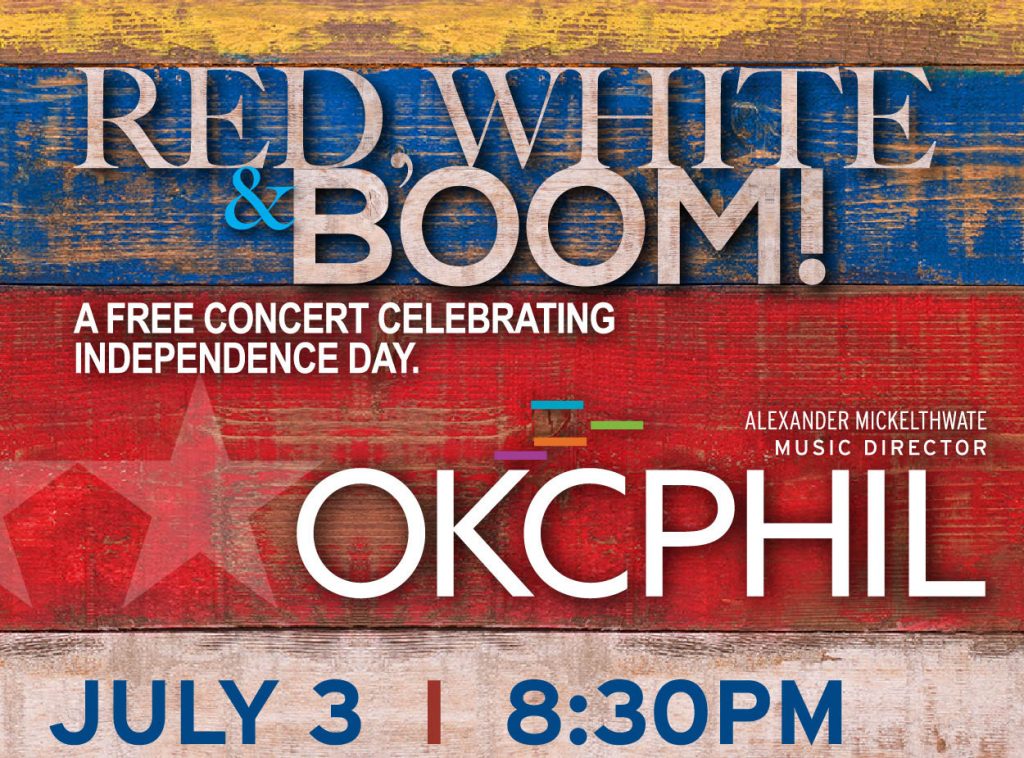 Join the OKCPHIL at Scissortail Park on July 3 for an uplifting musical celebration of Independence Day with music sure to bring us all together with joy, while building the spirit of community! In a program led by Maestro Alexander Mickelthwate, the 60 minute concert offers a variety of music sure to bring joy to […] 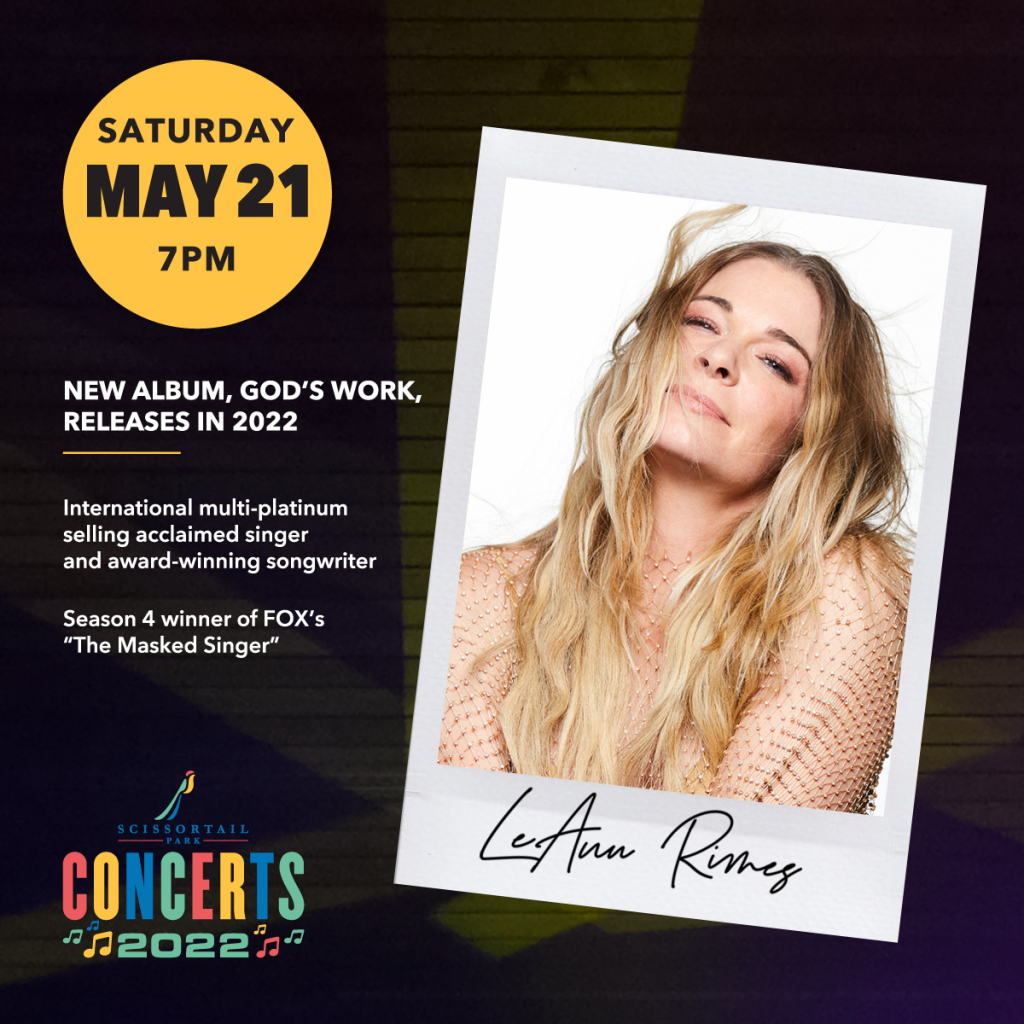 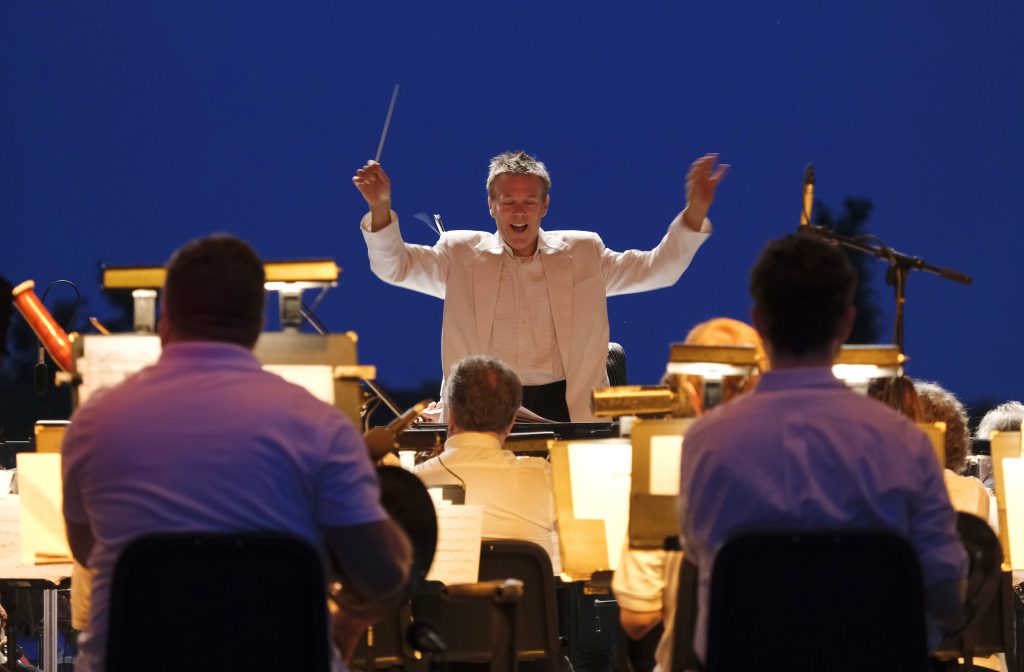 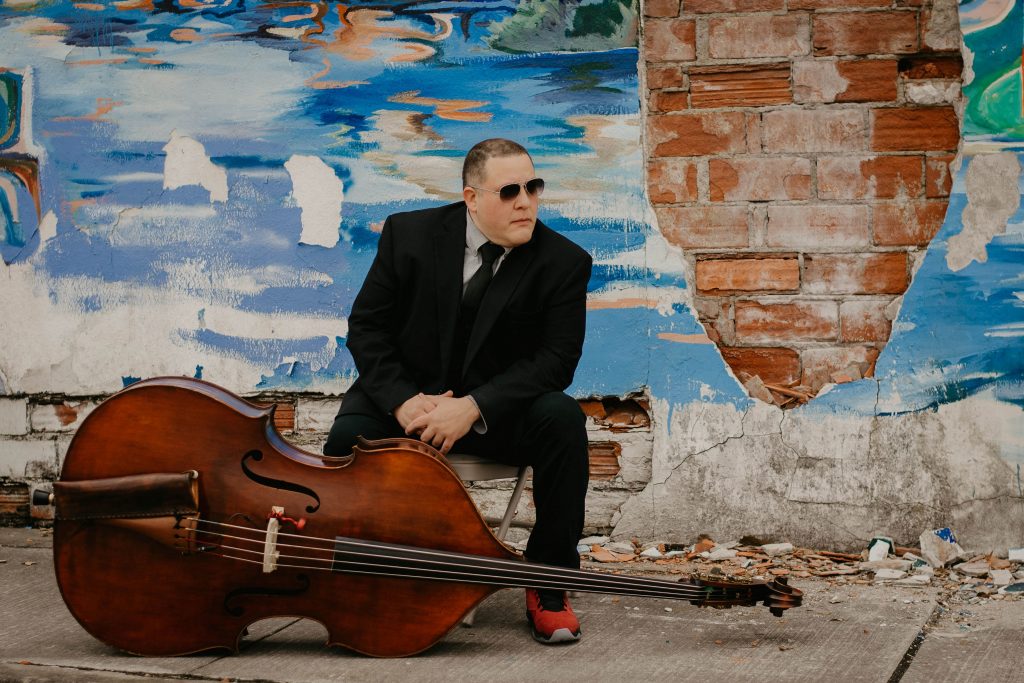 Mezclave Latin Jazz & Salsawith special guest, Edgar CruzSunday, June 5 | 7pmLove’s Travel Stops Stage and Great Lawn The eight-person group combines the rhythms of Afro-Caribbean salsa music with jazz harmonies and improvisations to produce the Latin Jazz hybrid style. The ensemble gets the name “Mezclave” from “mezcla,” which is Spanish for “mixture,” and […] 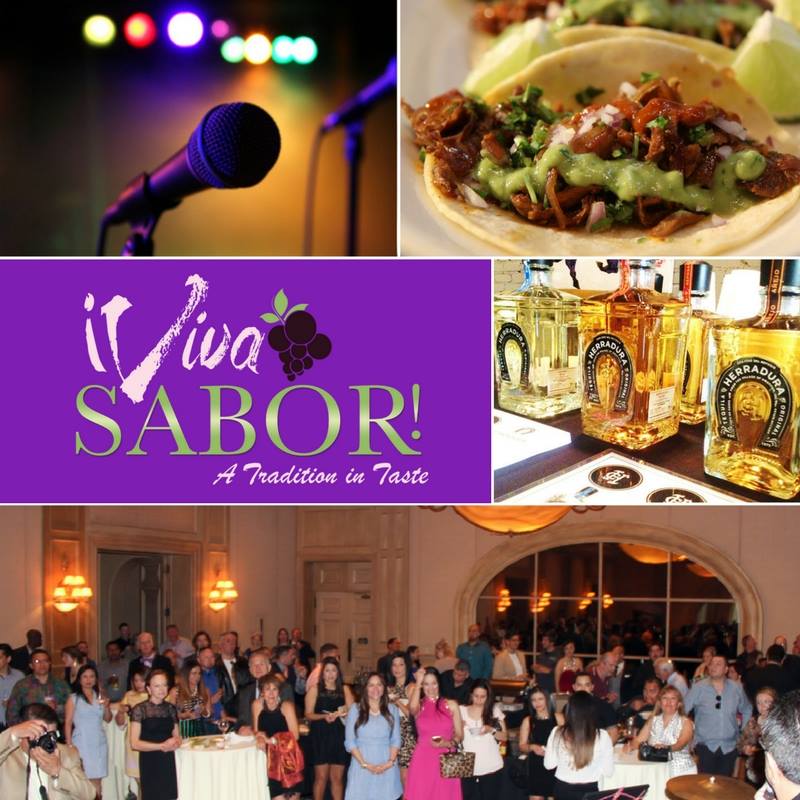 The Greater Oklahoma City Hispanic Chamber of Commerce is proud to present this year’s VIVA SABOR: SABOR features taste testing of fine Wines, Beers and appetizer’s.  VIVA SABOR is an opportunity for businesses and professionals to network within a diverse crowd while enjoying the culinary diversity of Oklahoma. This is a yearly fundraiser by the Chamber; the proceeds […] 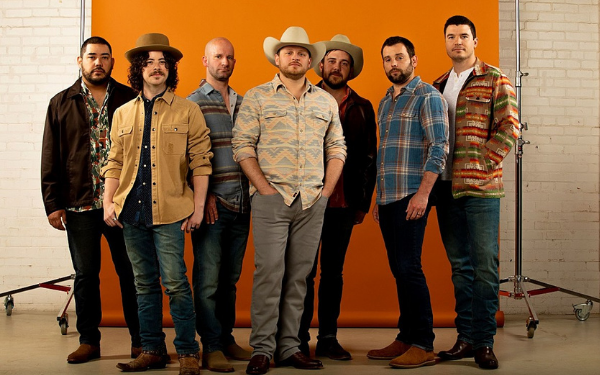 Friday, April 22 | 6pmLove’s Travel Stops Stage and Great Lawn Marathon weekend just got EVEN BETTER! Celebrate the kick-off of Race Weekend with the Oklahoma City Memorial Marathon by coming out to Scissortail Park for a FREE night of music. Josh Abbott Band takes the stage at 7:30pm with Jason Scott and The High […] 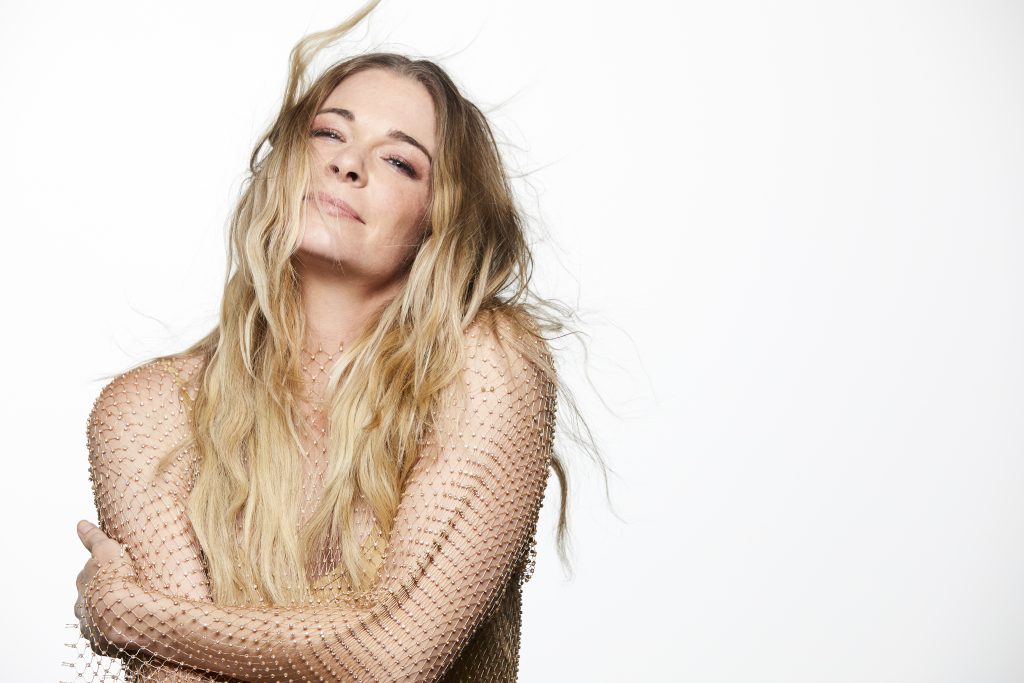 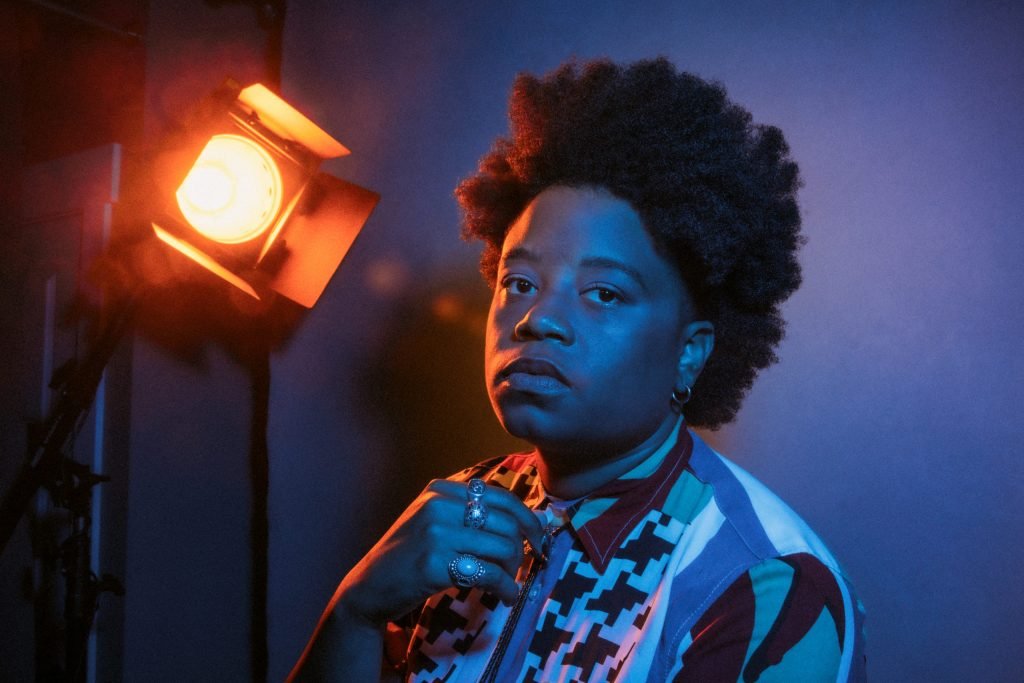 Scissortail Park Concerts 2022Amythyst KiahSunday, May 8 | 7pmLove’s Travel Stops Stage and Great Lawn Our 2022 free concert series season begins with Amythyst Kiah “one of Americana’s great up-and-coming secrets” according to Rolling Stone Magazine. Amythyst Kiah is a GRAMMY-nominated songwriter for the Best American Roots song, “Black Myself.” FREE and open to the […]